Making it their business to advertise a high-volume of low-volume exclusive luxury on wheels, Bentley has been one of the great automotive artisans. Bentley has excelled in provoking the true emotions behind premium motoring with big, powerful vehicles incorporating the finest custom touches. A composition of creativity, richness and fulfilment, Bentley cars can be explained in a similar manner as many would associate a choice music style. Announcing a partnership with high-end audio/visual equipment supplier Monster at the recent CES 2016 in Las Vegas, Bentley unveiled the result of their collaboration. 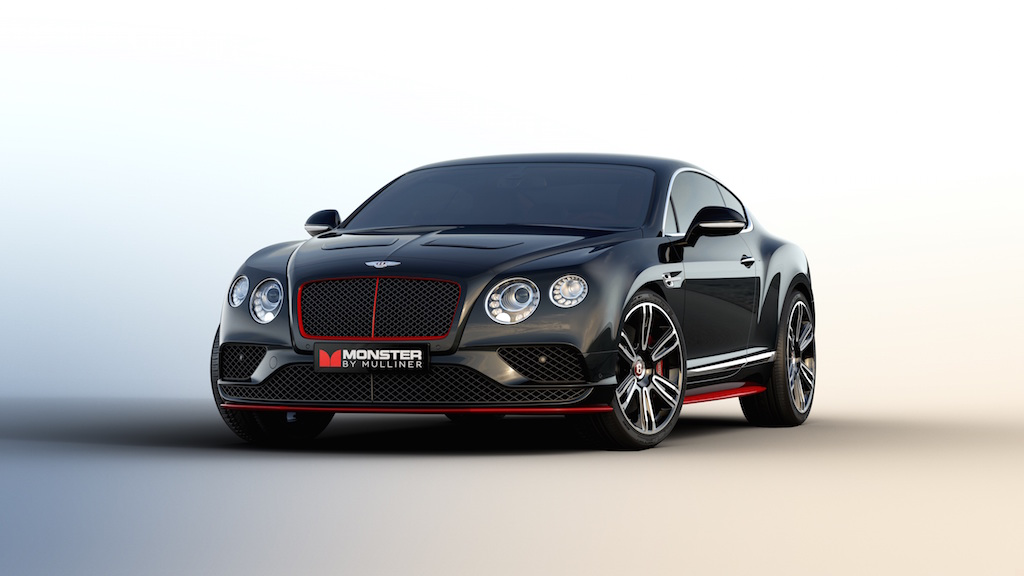 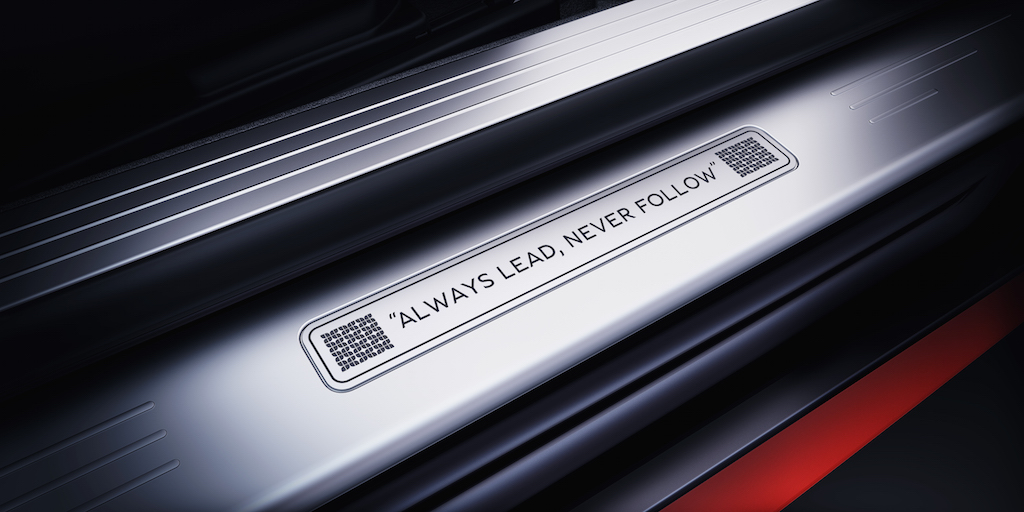 Serenading occupants with Monster speaker performance, the Monster by Mulliner edition Bentley Continental GT V8 S treats the eyes with an equally rewarding stimulation to senses. Hotspur accents are included with the dark exterior coloring. The red detailing around the grille and along the lower edge of the Monster by Mulliner Continental GT V8 S is joined by red-colored brake calipers. The brake coloring is found behind some stylish black polished wheels. 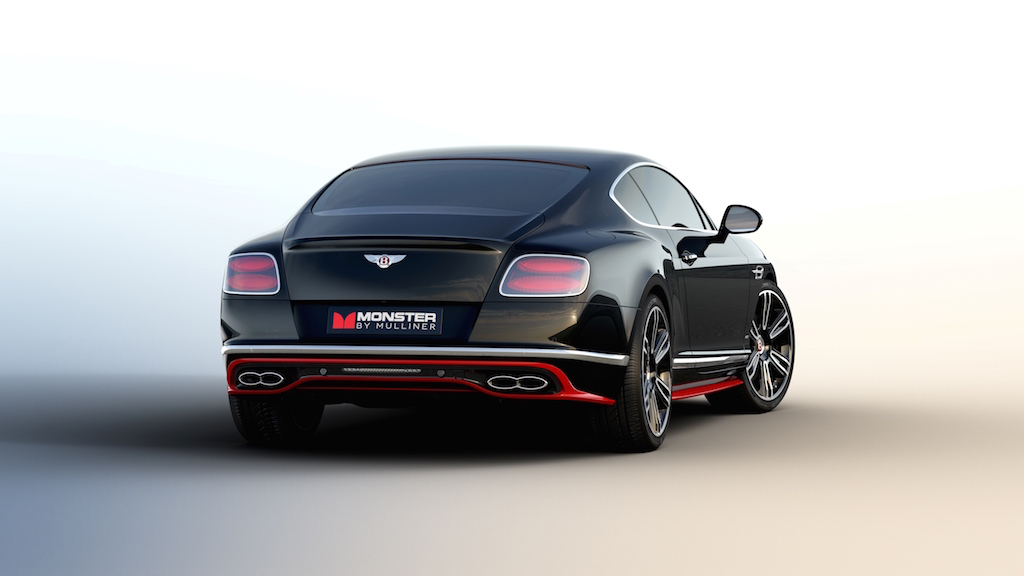 This special edition Bentley model will be produced in limited numbers targeted towards audiophiles who can afford the opera house-like sound experience. The exact number of Monster by Mulliner prepped Bentley Continental GT V8 S cars have not been announced nor has the price tag. Expect this vehicle to fall in line with the saying “If you have to ask the price, you can’t afford it.”

See our collection of other unique Bentleys HERE.