What is a Restomod?

There’s a new term floating around at the car shows, and it’s becoming a very popular option to classic car restoration. The word? “Restomod.” What, exactly, is a “restomod,” and what does it mean to restomod a car? In short, it means car restoration plus modification; we’ll go into a bit more detail about what that means and why it might be better for that project car than just a straight restoration.

One of the biggest problems with restoring a classic car is finding the right parts in usable condition. For many cars, there are so many already-restored models already out there that the parts you might need are all but extinct. Considerable time and energy has to be spent just finding the right parts, which takes away from the time you can spend enjoying your beautifully restored car and showing it off.

When you restomod a car, you replace the outdated guts of the car with parts that benefit from the 40+ years of technological advances we have seen in the auto industry. Rather than restoring all of the interior parts, like gearboxes, transmissions, and engine with restored parts from junked cars like yours, you purchase and install after-market parts to update your car to more modern technology.

Why, you might ask, would you do that to a beauty of a classic car? Well, there are several reasons, and I’ve already mentioned one of them—the time and money it takes to find suitable original parts for a classic car can often be more than the car might be worth. There is also a benefit to restomodding your car if you plan on driving it around a fair bit; you can take an older muscle car and update it so it drives like a modern sports car, with modern engine, suspension and steering.

You can also save a considerable amount of money on the parts themselves, as well as getting the parts faster. Since these parts are manufactured today, they will be cheaper to find than rare parts that are in short supply. This can reduce the cost to get that car shiny again by as much as 30-50%, depending on the make and model and what you decide to do to it.

Another excellent reason to restomod instead of restoring is to have some modern conveniences installed. Maybe you don’t want that old AM radio, but would rather have a modern sound system. Or, perhaps you want to add in air conditioning or power windows. Whatever the case may be, restomodding is the answer for many classic car owners.

Restomodding is a growing trend among car enthusiasts, and will only become more so as the years go by. The same cars that were considered hot classic cars twenty years ago are still considered that today, such as the 1960s era Mustangs, and there does not appear to be any sign of the popularity of these cars dropping. With restomodding, owners of these classic cars can restore their cars without fighting over parts that are all but gone into other vehicles, and also use them as daily drivers because of their modern technology. 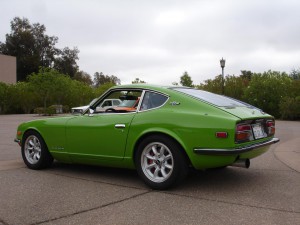 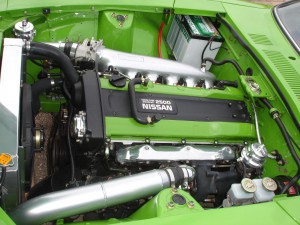